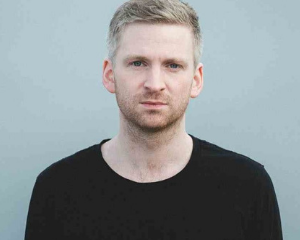 Don’t miss Icelandic musician, composer, multi-instrumentalist and producer Olafur Arnalds as he performs at QPAC for the very first time. This is a special concert that you should not miss.

Arnalds combines various instruments such as strings and piano with loops and edgy beats. Mixing electronica, ambient and pop, Arnalds has a signature sound that is new. He’ll be playing songs from his album re:member as well as songs from his older albums. Catch this exciting show and see why people are blown away by Olafur Arnalds.

He began his career as a drummer for metal bands. Then in 2004 he tried his hand at writing instrumentals. He branched out into the field of neo-classical strings and piano based music. His debut album, Eulogy for Evolution, released in 2007, garnered him a lot of attention. Since then, he has written eight albums and several film scores. You’ve probably heard his music in television shows and films such as The Hunger Games and Taken just to name a few. Arnalds is versatile and he crosses different genres. He has played a range of musical styles from prog-rock to electro-pop to classical minimalism. His talent is undeniable, and his fan base has grown exponentially. He is truly a musical force to be reckoned with.

“This is my breaking out-of-a-shell album. This is me taking the raw influences that I have from all these different musical genres and not filtering them. I always have my hands in many different projects at once, and I feel that this album represents that.” Olafur Arnalds

“…insanely beautiful rating 5/5 I’d give it 6/5 if it were possible!” Yorkshire Times

Catch Olafur Arnalds at Queensland Performing Arts Centre on November 27. Our Apartments North Brisbane are just a few minutes away from QPAC.