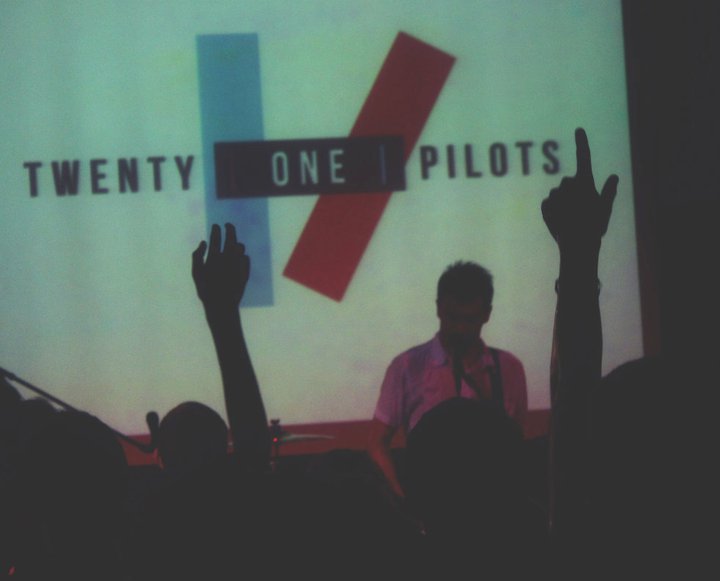 Twenty One Pilots – who only just returned home from show stopping performances at Lolla South America in Brazil, Chile, and Argentina – have received a number of major awards nominations in recent weeks, including four nods for the 2016 Billboard Music Awards: “Top Duo/Group,” “Top Rock Artist,” “Top Rock Album (for Blurryface),” and “Top Rock Song” (for ‘Stressed Out’).

Fresh off their massively successfully, sold-out Australian and New Zealand headline tour and performances at Groovin The Moo, TWENTY ONE PILOTS have announced their first-ever arena shows Down Under when they return in March 2017.

Furthermore, Twenty One Pilots’ Tyler Joseph stands as the #1 songwriter in the first quarter of 2016 on the strength ‘Stressed Out,’ besting veteran writers with multiple hits to their name, while ‘Stressed Out’ became the first song penned by a single writer to top the Pop charts in nearly two years.

The 2016 Billboard Music Awards will be presented on May 22 in Las Vegas. Blurryface – which also includes the RIAA gold certified single, Tear In My Heart – made a stunning chart debut upon its 2015 release, entering the SoundScan/Billboard 200 at #1 with total sales exceeding 147,000. The album further served as the duo’s international breakthrough, reaching top 20 in Australia, Ireland, New Zealand and the United Kingdom.